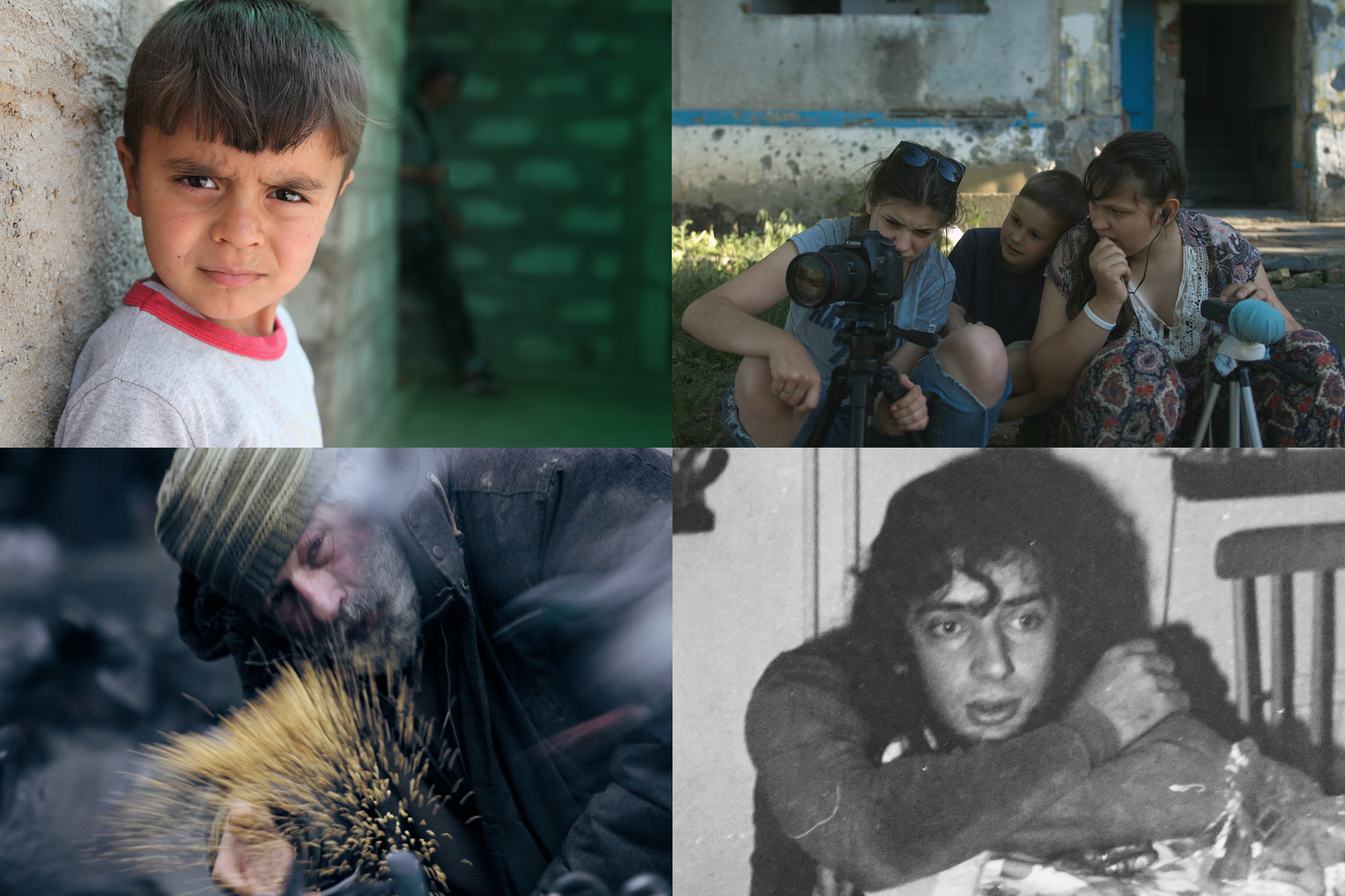 The winners of the various contests at the Tempo Documentary Festival’s twenty-second edition have been selected. During Saturday night, the winners in seven competition catego- ries received their awards at a digital prize ceremony. These films will be available to watch again in the programme on the last day of the festival, Sunday 14 March, at 10.00.

Tempo Documentary Award is one of Sweden’s largest documentary film competitions. The prize of SEK 75,000 goes to the film’s director. The competition is organised with the support of the Swedish Film Institute.

Winner
Imads barndom by Zahavi Sanjavi
Imads barndom (Imad’s childhood) has both managed to provoke and hit us right across the heart. It has opened our eyes to the incomprehensible and made us feel frustrated and powerless. At the same time, it has instilled hope by showing how a few women’s love, patience and care can create

the security required for even the most wounded to be able to begin their journey away from their trauma. A film about the war’s cruel aftermath and a unique and touching insight into a boy’s life that makes us want to know more about how the future will turn out for children like Imad.

The Stefan Jarl International Documentary Award is for the best international documentary. The prize is EUR 2,000. The competition is organised with the support of the Barbro Osher Pro Suecia Foundation.

Winner
The earth is blue as an orange by Iryna Tsilyk
Motivation of the jury: A film that depicts the healing potential of art – speaking directly to the heart.
It is an intimate portrait of a family, bringing us close to the everyday reality of life in a warzone with a visual language that manages to find beauty in harsh circumstances.

Tempo Short Award is the competition for the best documentary in short format. The prize of SEK 25,000 goes to the film’s director. The competition is organised with the support of the Swedish Film Institute.

Winner
Man med duvor by Lina Maria Mannheimer
Motivation of the jury: The film captures the viewer in a tight grip directly from the start and invites us into the subject’s strange everyday life. The subtle and simple narrative allows us to apply our own context as we have all met similar characters, in their collision with our norms. The filmmaker shows respect for the protagonist’s integrity without painting nicely and manages to emphasise a conflict that for a passer-by can be perceived as insignificant and simple, but which raises major questions for the audience that have only seen fragments of the subject’s motives.

Honourable mention
Between these folded walls, Utopia by Sarah Cooper and Nina Gorfer
Motivation of the jury: The honourable mention for Tempo Short Award goes to a film that comes close to without exploiting its main characters, who, in their strong and personal stories of belonging and migration, get to take their time but also have space to dream. With a strong visual concept and the characters’ gripping journeys, the film reminds us of the importance of listening to each other.

The prize is SEK 40,000 and is awarded to a new promising director for an upcoming film project. The prize is awarded in collaboration with Film Stockholm, Film i Öst, Filmregion Sydost, FilmCloud/Förvaltningen för kulturutveckling, Film i Dalarna, Film Västernorrland, and Kultur i Hall- and – Film.

Winner
Obituary by Simon Revilla
Motivation of the jury: This year’s winner of New Doc manages to treat a dark subject with sensitivity and light. It takes the bird’s path straight into the heart and leaves us with important questions. How do we look at our fellow human beings? When do we see, when do we look away? A beautiful and well-crafted depiction of a person’s fate. We want to know more.

Honourable mention
En mammas kropp by Jonelle Twum
Motivation of the jury: We want to give an honourable mention in the New Doc category to a film that deals with a current and literally heavy subject in a poetic way. A tight-lipped idea with a text that gives words to the silent. The film’s two main characters are allowed to represent an entire class and their daily mechanical rhythm. The existence of the servants who never meet the users.

This prize is awarded to the short film, among the competition films in the Tempo Short Award, which has the most thoughtful and creative soundscape. The prize consists of SEK 60,000 to be used in Momento Studio, corresponding to about two weeks in the studio with a sound designer.

Winner
Man med duvor by Lina Maria Mannheimer
Motivation of the jury: Thanks to the strong sound narrative, we head unfiltered straight into the main character’s everyday life. By daring to be completely stripped away when required to strike with large brushstrokes in just the right places, the director has created a touching and dynamic sound drama- turgy.

Honourable mention
The Bodies by Eloy Domínguez Serén
Motivation of the jury: A film that only after 3 seconds of watching manages to transport us to an alien world whose time and space are of a different nature. It is a magnificent sound work that dares to be vulgar and which thanks to the narration of the sound means that we do not seek any ”narra- tive” but are instead completely enchanted by the power of sound by just being in the moment with the film.

In Short Dox Radio, ten radio documentaries of a maximum three minutes’ length compete for SEK 5,000. The winning documentary will also take part in the Nordic short dox competition.The prize is a collaboration with the production company Munck, which offers studio time and a producer to help create the winner’s next audio documentary. The award was founded by Bengt Bok, professor of radio production at Stockholms Dramatiska Högskola.

Winner
Tjugotjugo by Anna Frey
Motivation of the jury: With an impressive sound work in layers upon layers, this work manages to capture a year of emotions. The sounds we have all lived with took on a different meaning in 2020. This documentary is based on the personal, but grows another dimension and becomes a time doc- ument of something we hope to avoid experiencing again.

Honourable mention
Mellanförskap by Nour Hanna
Motivation of the jury: A question that is present in bodies, but absent in language. In a light and touching way, the documentary surrounds a feeling. We get an introduction to a complex topic and a discussion that we need to have.

Winner
Aida was here by Amanda Pesikan
Motivation of the jury: Through a strong presentation and a well-developed premise, the filmmakers manage to capture our interest. With humour as a tool, a new way of dealing with a heavy subject is created. The film’s intention to play with the design and the visual language make this an original and exciting project. The prize goes to a film with three perspectives on a violent childhood. Because how do you really heal to be able to move on?

The digital award ceremony took place on Saturday 13 March for the nominees and is available for viewing here.

(Pictures above are from Imads barndom, The Earth Is Blue as an Orange, Man med duvor, Obituary) 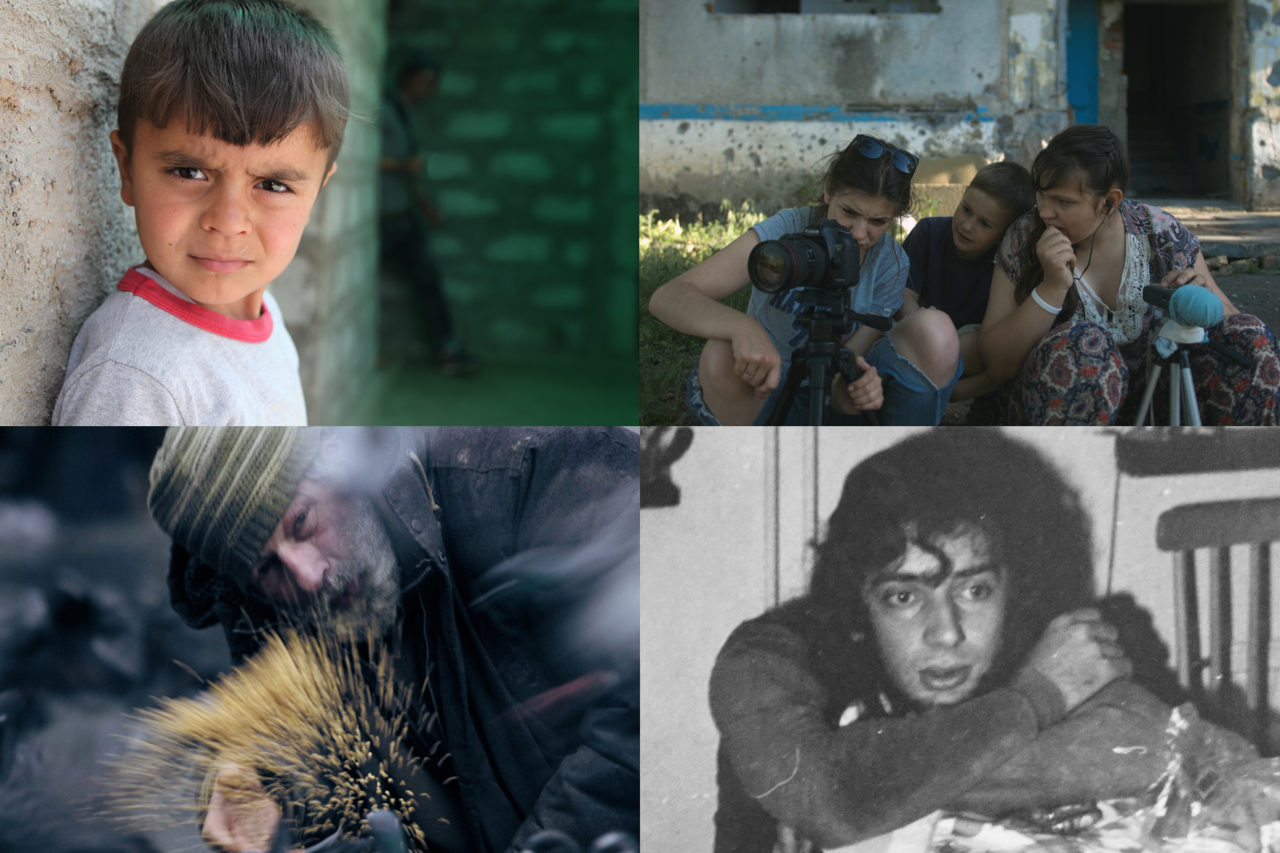 TEMPO MOVES HOME is the theme for Tempo Documentary Festival 2021

The twenty-second edition of Tempo Documentary Festival takes place 8 – 14 March and this year the theme is “Tempo moves home”. Several Swedish and international documentaries with different perspectives on what the term a “home” can stand for are included in the programme. Due to the current restrictions, the festival will be digital. Audiences… 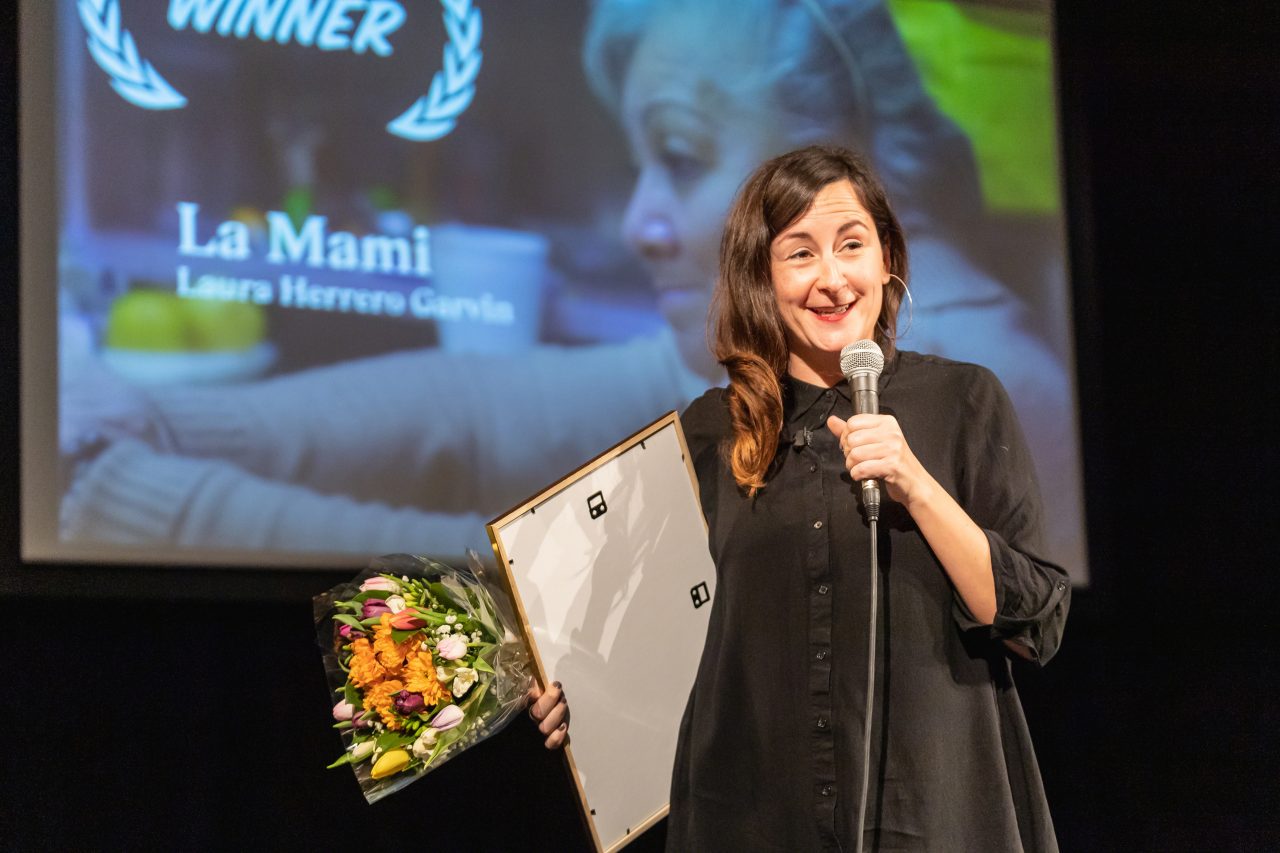 Three of Tempo’s competitions are now open for submissions 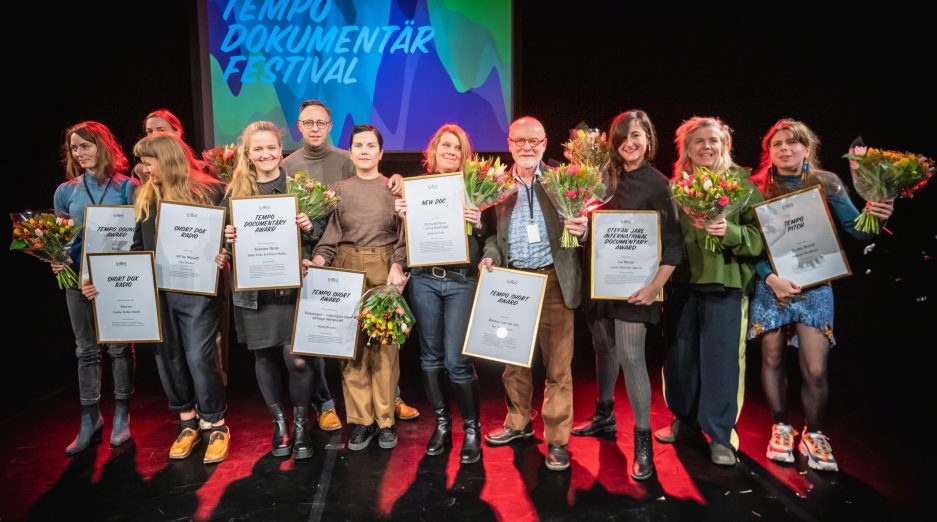 This year’s winners at the Tempo Documentary Festival

The winners of the various contests at the Tempo Documentary Festival’s twenty-first edition have been selected. During Saturday night, the winners in seven competition categories received their awards at the prize gala held at Teater 3 in Stockholm. Several of these documentaries are presented in the programme on Sunday. Here are the names of the…