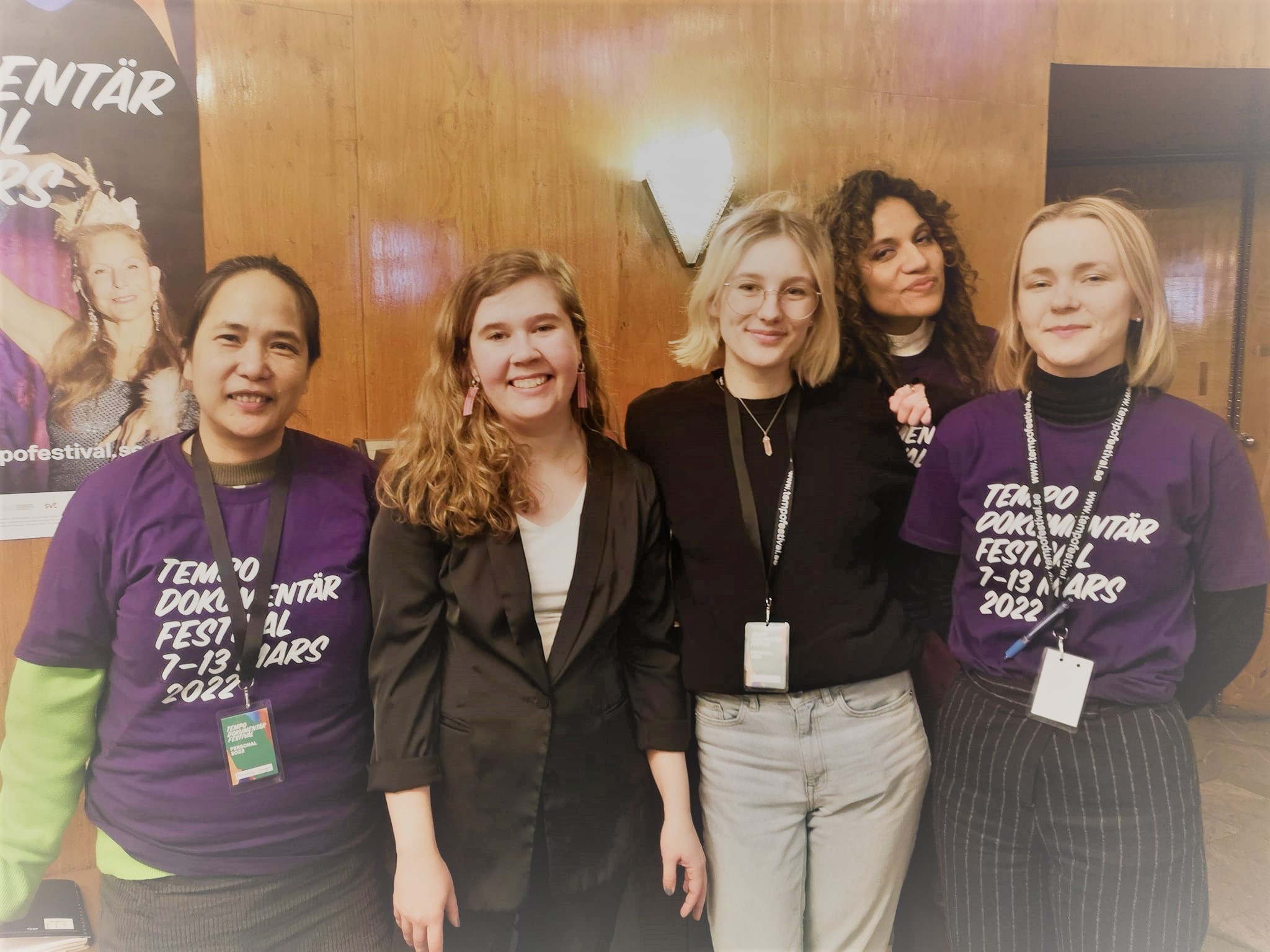 Tempo: a unique forum for the presentation of documentary work across traditional boundaries

Tempo Documentary Festival is the largest festival of its kind in Sweden. Founded in 1998, Tempo has since the start presented creative documentaries from all over the world, which would otherwise not reach the Swedish audience.

Tempo has established a unique forum for the presentation of documentary work across traditional boundaries – Film, radio, photography, VR as well as more experimental forms of expression. Between festivals, a number of different events are arranged with a documentary focus, such as seminars, debates, photo exhibitions, together with screenings and workshops for young people. The festival and other associated events are arranged and developed by the non-profit organisation Tempo Documentary Festival.

In 2007, Tempo was elected as one of Dagens Nyheter På Stan’s “Stockholm’s Heroes” and since the 2008 Guldbagge Award Ceremony (the Swedish equivalent to the Academy Awards) Tempo is part of the selection jury for best documentary and best short.

The festival has been staged at a number of major venues in Stockholm including Kulturhuset, Filmhuset, Södra Teatern, the Finnish Institute and the film theaters Victoria, Reflexen and Zita, amongst others. Since 2008, Tempo takes place in the beginning of March.

Tempo is also a forum for the documentary industry. During the festival week, there are several activities targeting professionals such as works in progress, seminars, master classes and Tempo Pitch for projects in early development. Since 2018, the festival also arranges Tempo Impact Conference on outreach and impact production. Between festivals, Tempo arranges several events with focus on documentaries, screenings, seminars and workshops for young people.

Since the autumn of 2021, Tiny Tempo, a documentary festival specifically aimed at children and young people, has been organized. The festival offers both school- and public screenings of both film and audio documentaries, just like at Tempo.

The festival and its surrounding activities are organized by the non-profit association Tempo Documentary Festival.

Tempo hosts several competitions in film and radio, both national and international. The prizes are awarded by our partners for the various competitions.

Read more about our competitions

Tempo Documentary Festival has been developed since the start in 1998 and many are those who have been involved in the festival. Follow the festival from the start, seen through the eyes of different key people.

Do you want to be a volunteer at the festival?

Do you want to join us in creating the biggest festival in Sweden for documentaries? Become a volunteer at the upcoming edition of the festival. Get in touch during autumn 2022 to be part of the festival in March 2023. You are social and responsible and like meeting our audience, answering questions,  selling tickets and helping out at screenings, social events and festivities during the festival.  In return, you will get a festival pass that gives you access to everything at the festival upon availability, food when you work and not least be part of a great crowd!

Does this sound interesting?

Send an e-mail to volontar@tempofestival.se !

For questions regarding ticket sales during the festival:

Warm thanks to all financiers, sponsors and partners.

See all partners and sponsors