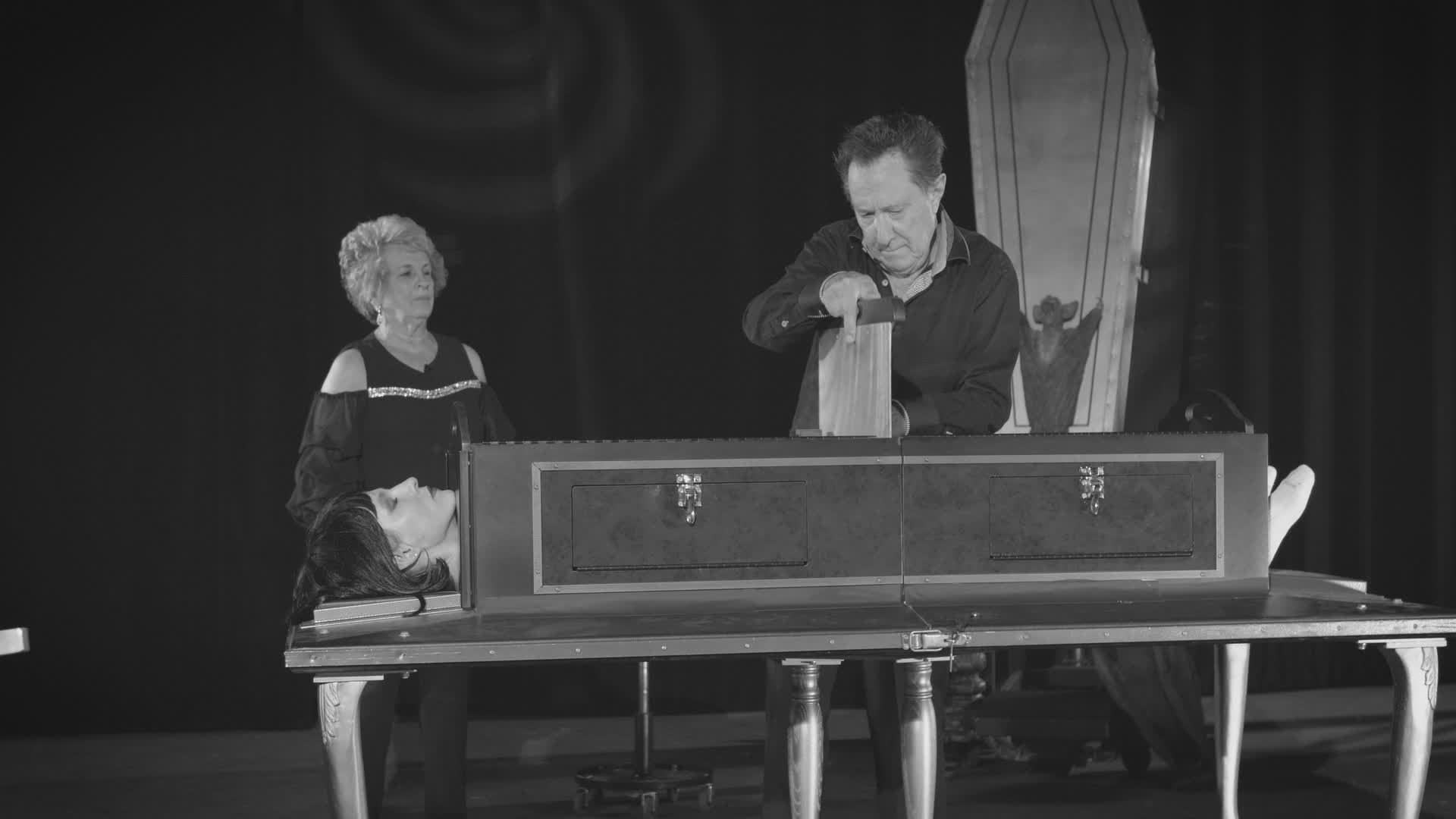 The video work The Mismade Girl is to a certain extent a portrait of a dying breed – the American style entertainer with an ever-gleaming smile on his face who is out of sync with his time. The magician Chuck Jones and Jan, his life and show partner, have developed the classic trick “Sawing a Lady in Half” into a magic routine where the parts are multiplied by four – “The Mismade Girl”, an act being copied around the world. But the video is ultimately a self-portrait by Mozard – she becomes the artwork as the director of the performance and through her participation in the trick. Tova Mozard plays the woman who is sawn into pieces while lying in a box. Through role play, Mozard investigates several aspects of the act and its connotations in a wider sense. The female body is imaginary bisected, while at the same time holding the gaze of the audience where the attraction lies in the beauty and the horror of the act. At stake is a promise of a continuous rebirth, to gain affirmation through the gaze – demanding attention at a moment of perceived danger in front of a passive audience. The urge to please and at the same time take charge coexist in a moment of self-effacing.

When Tova Mozard documents and reveals the workings of the magician’s tricks she is also digging deep down into the core of symbolism. What does it mean to dismember a woman? How could this be perceived as entertainment? In the video, we follow the setting and preparation of the show, at the same time approaching the roles the participants play as performers; how they perceive themselves and their purpose. In the fiction of the magic performance there is a freedom of interpretation; the spectator may project their own fantasies during different parts of the game. During the endless repetition of the trick, despair and delight are intertwined in the same banal and repulsive magic act.

The film is shown together with other films in Tempo Short Award 2:
Nadir
Ball
Dansa min docka