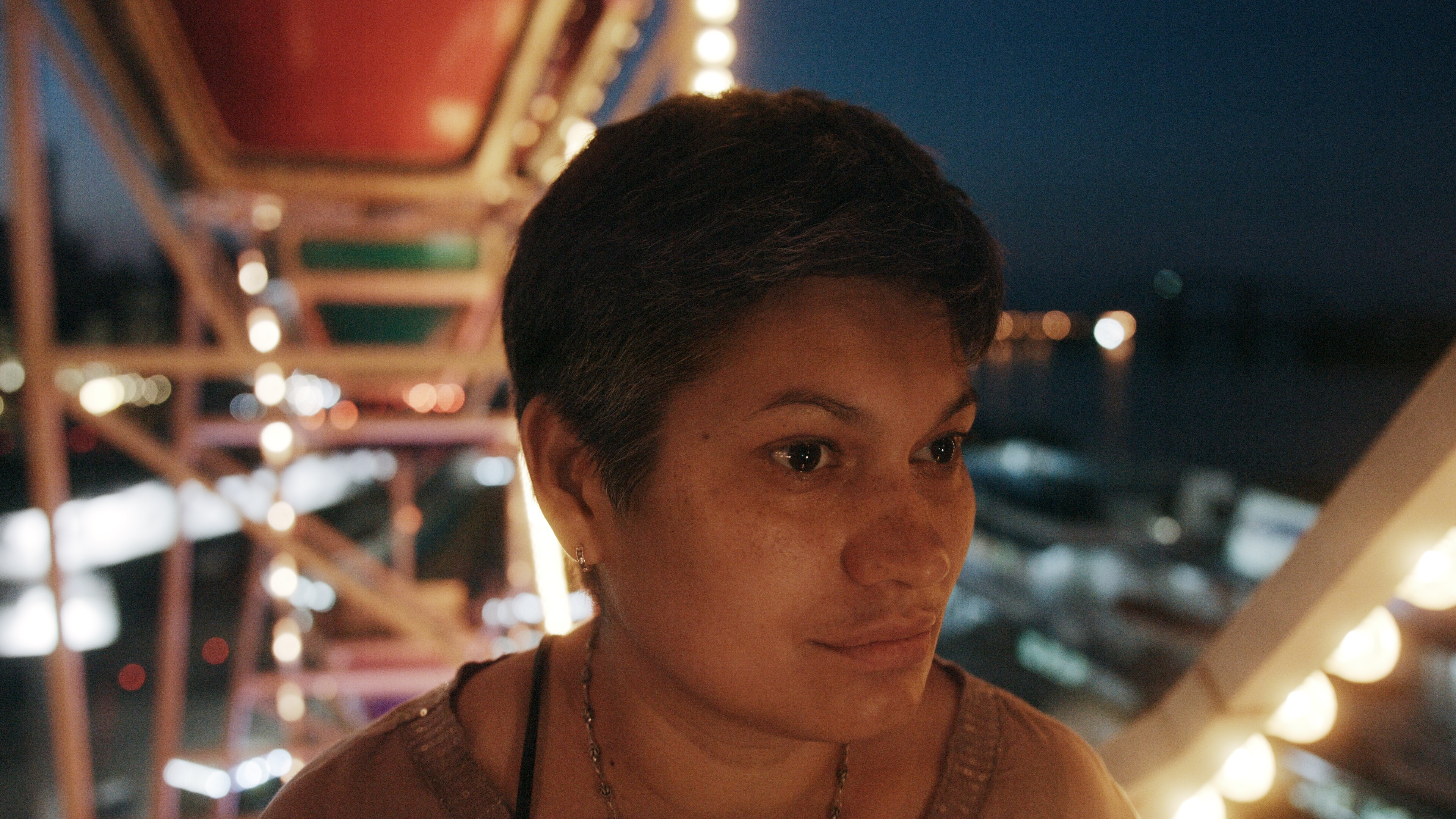 The earth is blue as an orange

Tempo is now once again showing this award-winning documentary. Throughout the festival week, it will be part of the digital part of the program. For each stream via the festival pass, Tempo will donate the corresponding amount for what a cinema ticket costs to the Red Cross fundraiser for relief efforts in Ukraine.

In the Eastern Ukrainian city of Krasnohorivka, the war between the separatists and the army reverberates in the street where Anna and her four children live. Amid the chaos and bombings, however, ordinary life goes on. While soldiers patrol outside, the camera focuses on cozy family life indoors, with music and film forming an integral part.

When eldest daughter Myroslava is admitted to film school, it seems inevitable that her first film will be a family production, with her taking up the role of director of photography and her mother volunteering to direct. Together, the family forms the cast of a short film inspired by their own life during wartime. The production process, from scriptwriting to premiere, shows how each family member transforms their experience of war into film. Iryna Tsilyk, winner of the director’s award at Sundance, not only documents the life of this family but also shows how art can act as a survival strategy. The film won the Stefan Jarl International Documentary Award at Tempo Documentary Festival 2021.

The film is available with the digital festival pass at Draken Film from 8 March at 18.00 to the end of the festival on 13 March at 23.59.