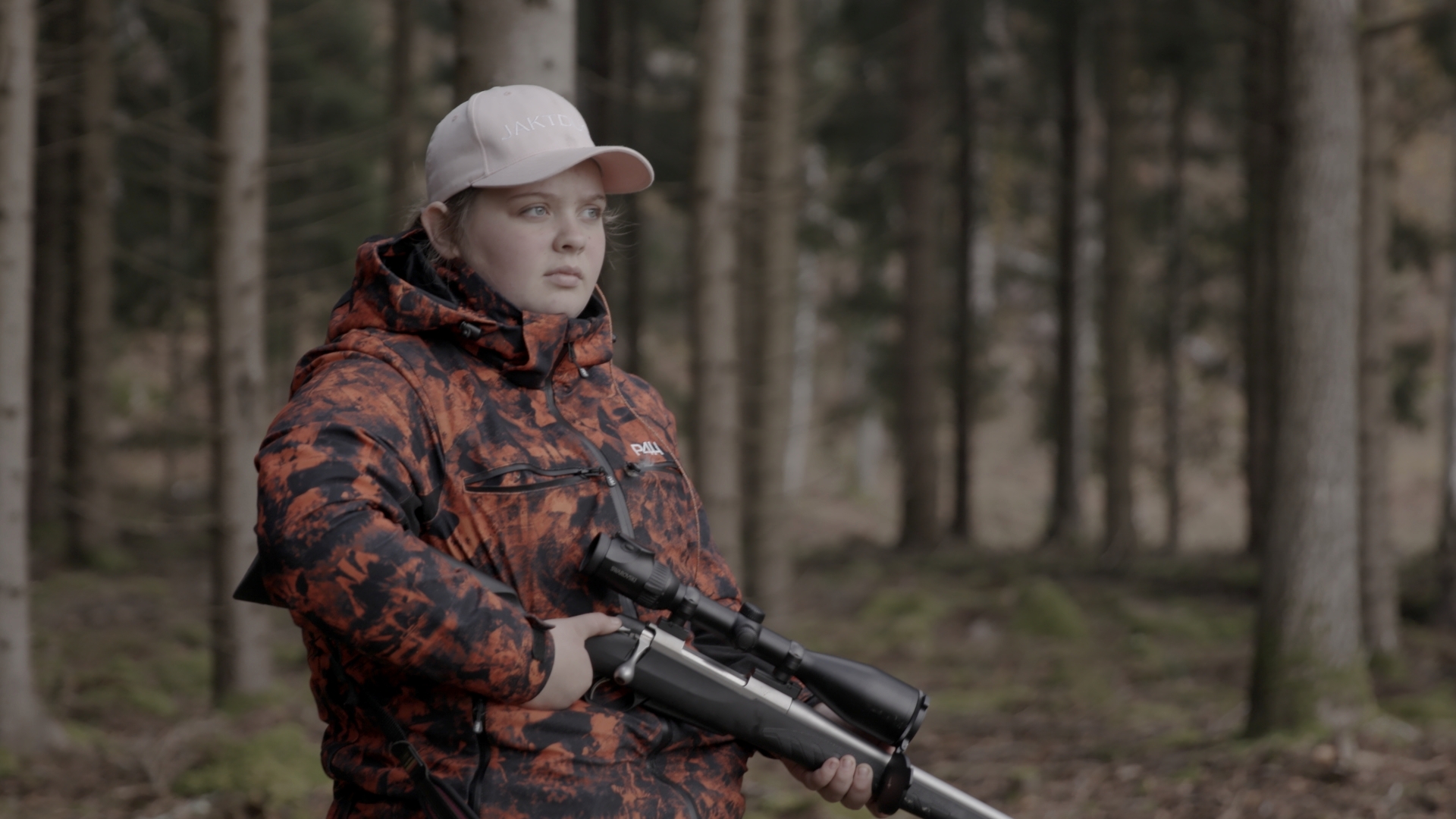 Thelma and Sahlina are both 17 years old and hunters. They met two years ago via instagram and have been following each other since. They recently got their license to shoot on their own, without the supervision of an adult hunter and even though they are still depending on their fathers to guide and give them a ride, they are aiming for independence. We follow them during some intense days and nights, filled with hunting and long waiting as they approach adulthood. The small hunting tower becomes a free zone from parents and school, where dreams of the future are discussed and weighed against each other.

Will be showed with the other movies in New Doc 1:
Men In Sync
Pink Rider
Stockholmagreement